High Jacked, Doctored Photographs, and Authentic Speeches from the 1928 Campaign

Few people will recognize the name Edward Anthony today.  A writer for major newspapers and popular magazines, his career spanned four decades and included a stint working for Herbert Hoover’s 1928 presidential campaign.  In an entertaining published recollection, This Is Where I Came In: The Impromptu Confessions of Edward Anthony (1960), Anthony recounts some of the highlights and challenges of his time helping to craft and promote a public image of the candidate Herbert Hoover.  The first project was to create materials to introduce Hoover to the public.  Avoiding traditional campaign flyers that Anthony believed no one read, he opted for an illustrated format similar to graphic novels of today.  As he recalled, the toughest challenge was to distill all of Hoover’s accomplishments down to seventy-two, two-line captions.  Once the story line was finalized the staff cartoonist, Robert W. Satterfield, went to work illustrating it.  The result was a wildly popular pictorial history of Herbert Hoover. 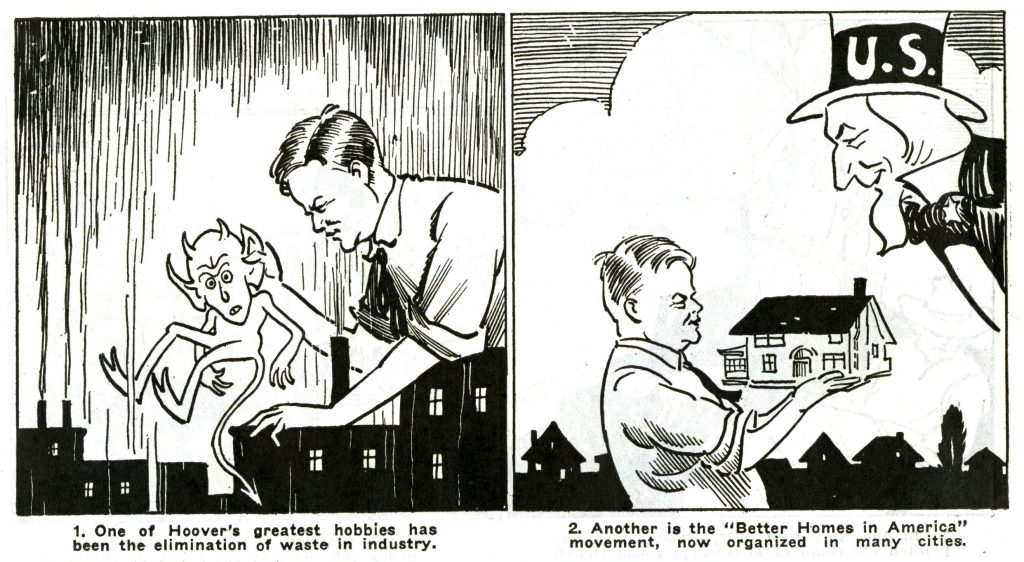 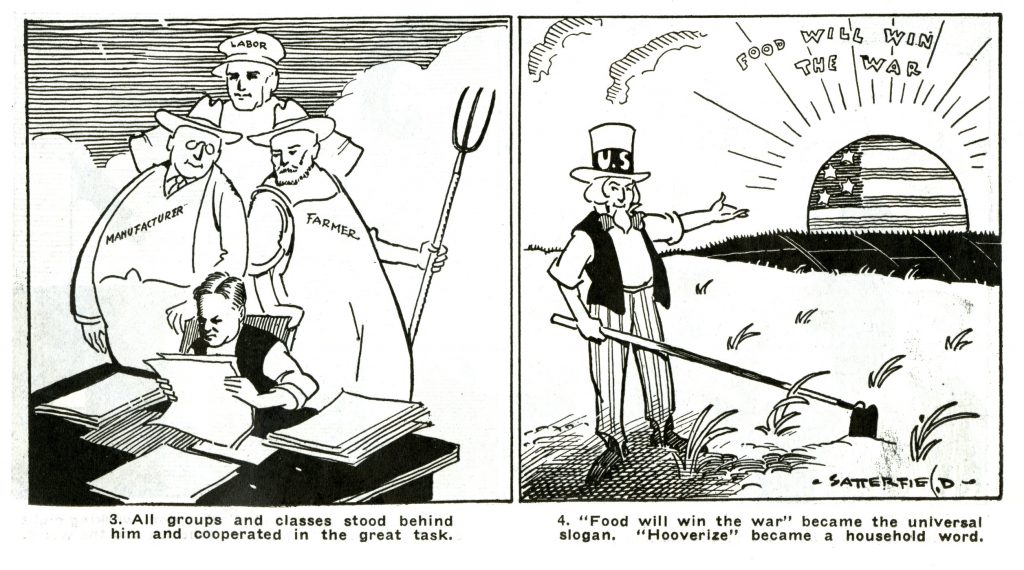 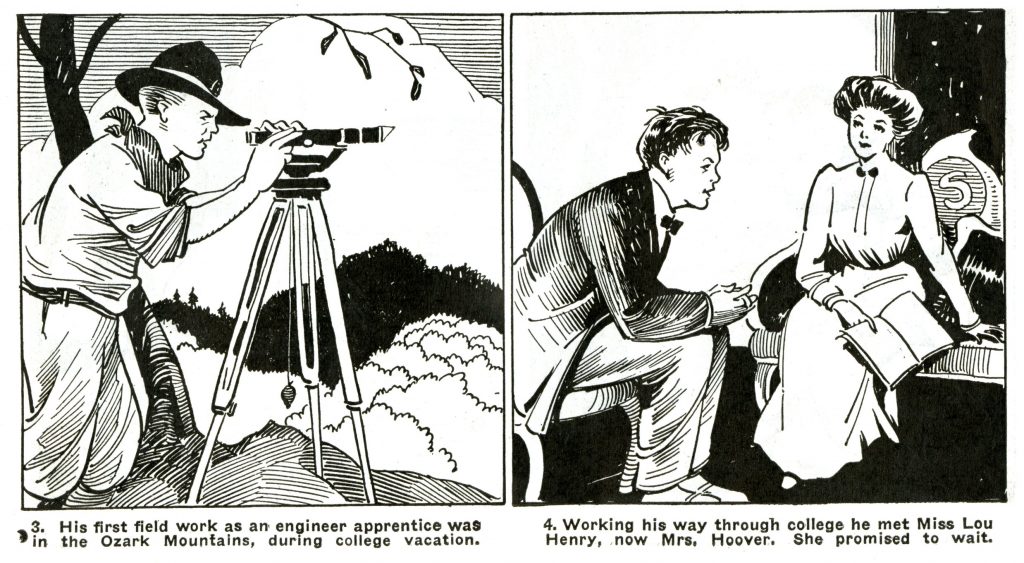 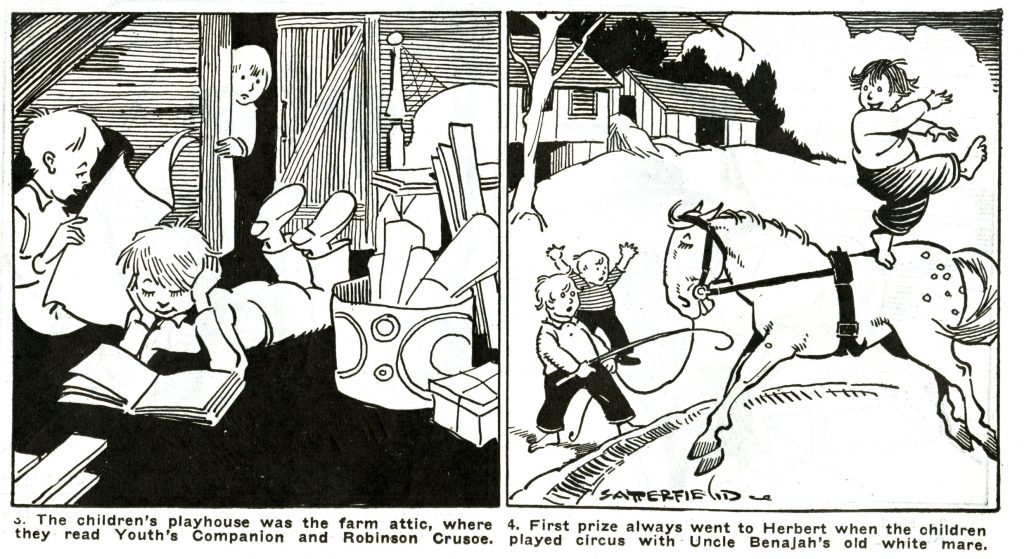 A second challenge was immensely more difficult.  Hoover hated having his photograph taken. The pleas from Anthony and others tasked with satisfying the constant demand for candid images of Hoover were ignored.  Anthony secured the services of close Hoover confident George Barr Baker who had free access to Hoover’s home on S Street, to “borrow” more candid images of Hoover.  Returning with a suitcase filled with the very images Hoover’s promoters needed, the entire scheme soon reached the attention of Hoover who was not amused.  After a reprimand, Anthony was consoled by an associate who declared: “Gawd!  Do we have to battle Republicans as well as the Democrats?”  A more difficult issue arose when Charles Curtis was named Hoover’s running mate.  There were no images of

Hoover and Curtis together and Hoover’s aversion for publicity shots made any chance of a photo shoot of the two men unlikely.  Anthony along with the rest of the promotion department selected pictures of both Hoover and Curtis smiling with artist Bob Satterfield’s hand superimposed over Curtis’ shoulder.  The result was a convincing image of candidates Hoover and Curtis cheerfully being photographed.

The final unresolvable challenge was supplying speech material for Hoover.  As everyone quickly learned, Hoover wrote all his own speeches.  As Anthony indicated: “Occasionally he would ask those close to him for suggestions but the finished product was always his own.”  The great political writer Russell Kirk proclaimed Hoover to be the last president that thought for himself, a reference to writing his own speeches.  Anthony asserts that Hoover joked about it later in life claiming, “that there ought to be a law requiring presidential candidates who use ghost writers to announce the name of the author of each ghosted speech so that, as he [Hoover] put it, ‘we’d know whom to elect.’”

One thought on “Campaign Graphic Novels”